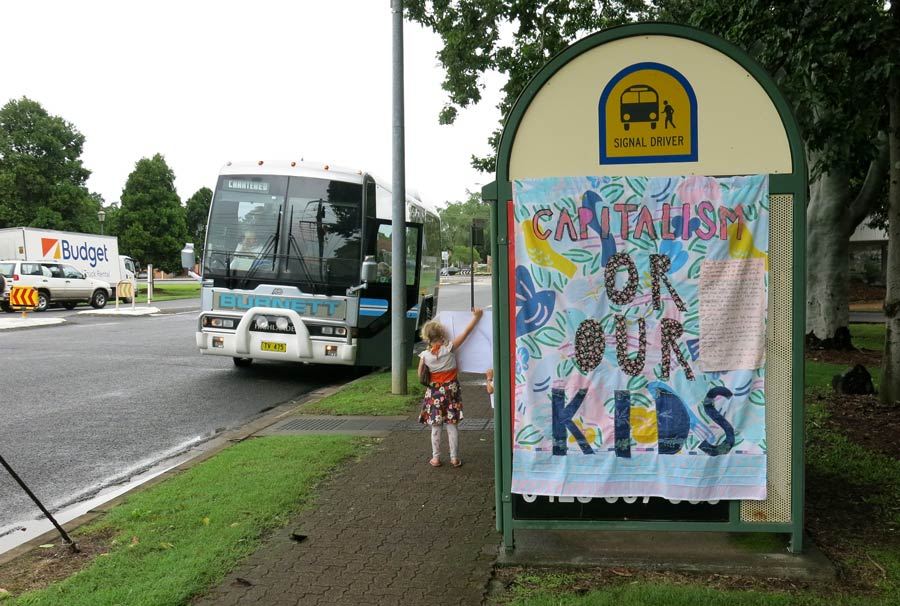 Over the course of the last year Brandalism has been working alongside friends, artists, collectives, NGOs and activists to create a new international network of subvertisers. We are pleased to announce that the Subvertisers International (SI) launched in March 2017 with a global week of coordinated art activism entitled #SubvertThecity.

As a result, the SI’s public ‘Call To Action’ saw over 500 corporate advertising panels replaced with artworks in the world’s largest coordinated international advertising takeover. The #SubvertTheCity week of action saw creative actions in the streets of 40 cities in 19 countries.

Advertisements in public spaces were reclaimed without permission in Buenos-Aires, Brussels, New York, Berlin, London, Lisbon, Mexico, Melbourne, Paris, Stockholm, Warsaw, Tehran and many more cities in the global north and south.  Brandalism mobilised our network of artists and joined other members of the public in response to the call to action by the SI to imagine cities beyond consumerism – in essense to collaborate and work with others to transform our understanding of how we might re-imagine the cities of the future by challenging neoliberal cities of the present.

#SubvertTheCity also saw public meetings, screenings, lectures and workshops that critically engaged with the problems inherent in corporate advertising such as its impacts on our mental health, our cultural values, how we feel about our bodies, our gender roles and the impact of advertising and marketing on the environment.

The new network of anti-advertising groups also distributed and installed the #SubvertTheCity manifesto that was printed and installed in local languages in each participating country.  It called on the public to re-appropriate urban public space “with art and ideas” in order to “imagine an alternative to consumer society”. 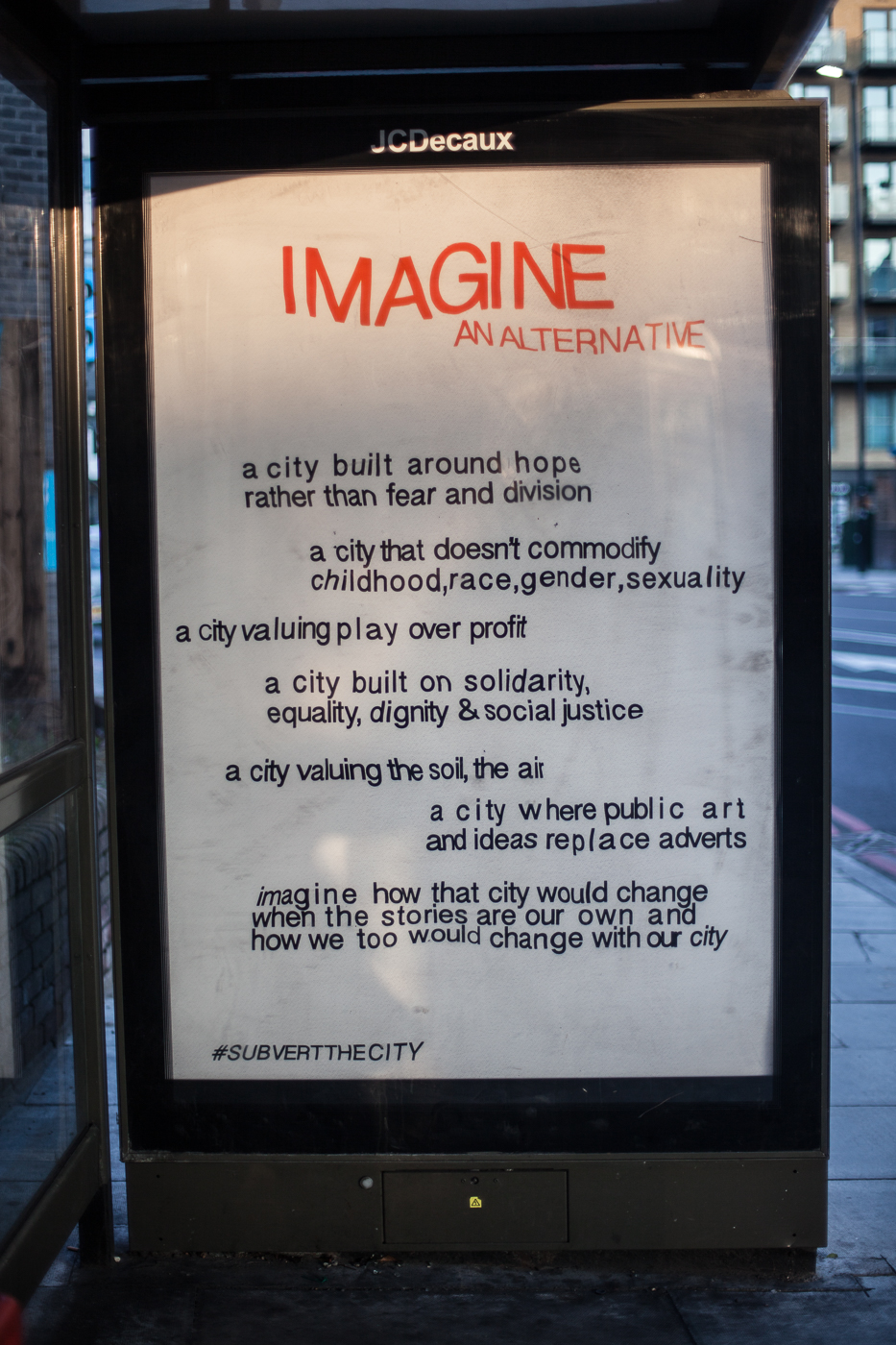 Artists and members of the public took to the streets to intervene in public space with a broad repertoire of art forms. Hand drawn, stencilled, printed, interventionist, appliqué and performed artworks were installed in public spaces across the world by internationally reknowned artists and anonymous citizens. Many artworks referred to the refugee crisis and expressed solidarity with those that are facing persecution in their own countries and abroad as together we aimed to share messages of hope in a time where our global political environment is increasingly becoming based on fear and division from the ‘other’. Unfortuantely an increasingly broad range of politicians and mainstream media platforms are regularly attempting to terrify people into voting against something or someone, rather than inspiring them with hope for a different future. The Subvertisers International aim to instill more of the latter. 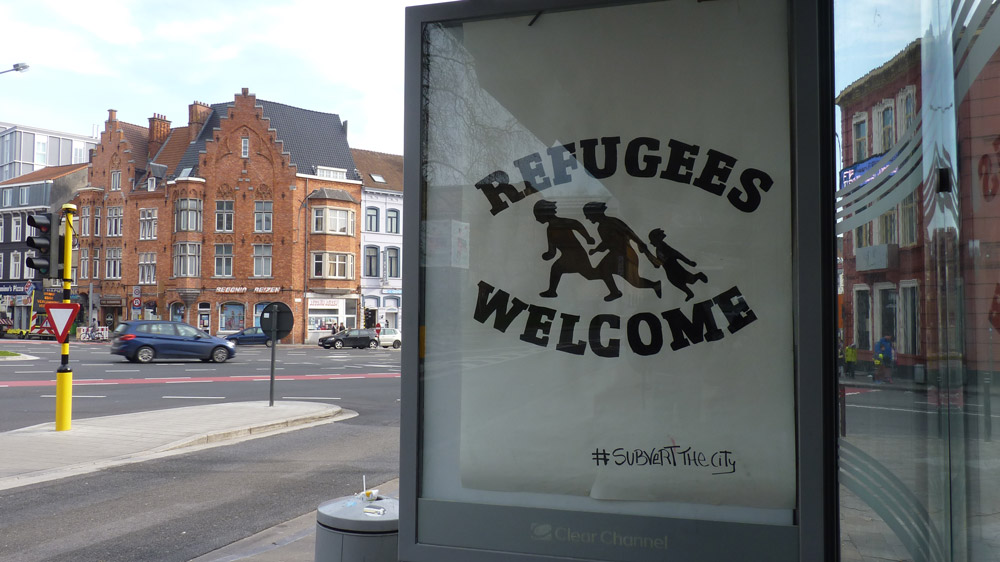 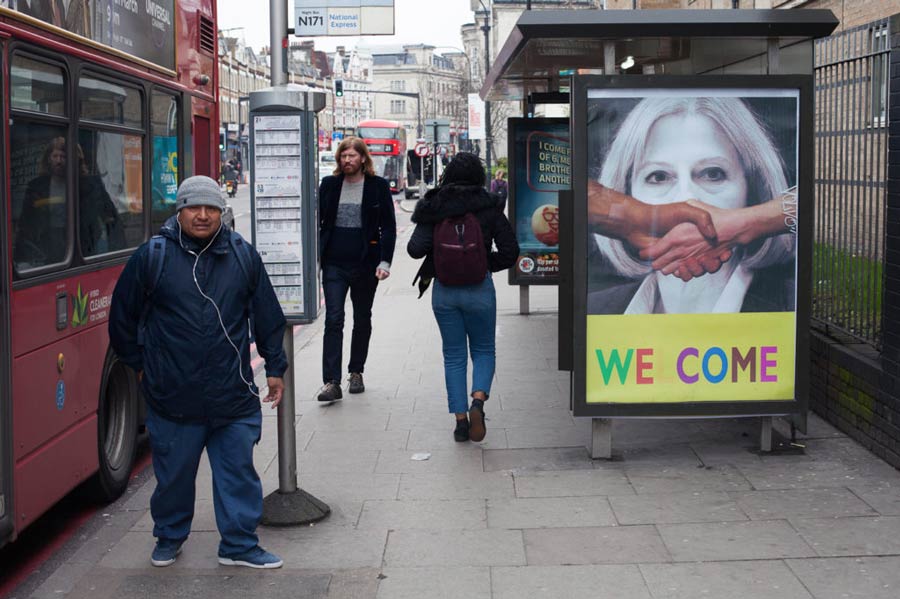 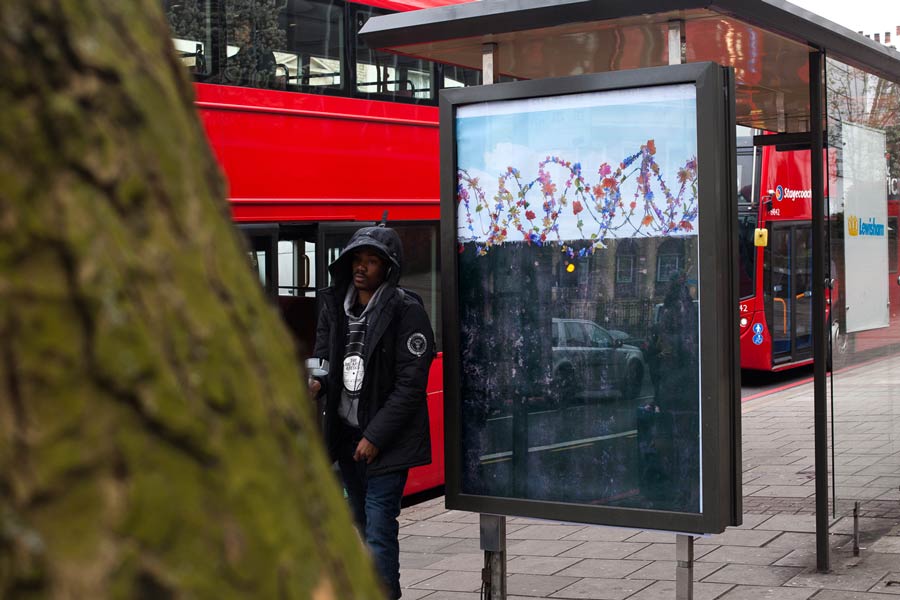 A diversity of art actions in 19 countries

Below is a selection of installed artworks from across the world that were installed as part of the #SubvertTheCity project. 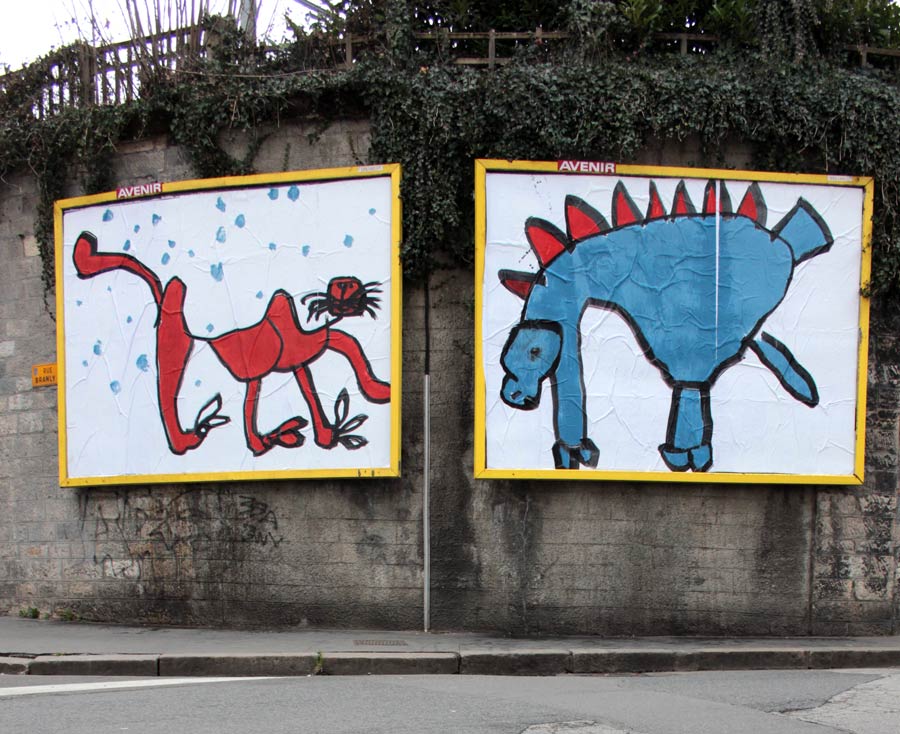 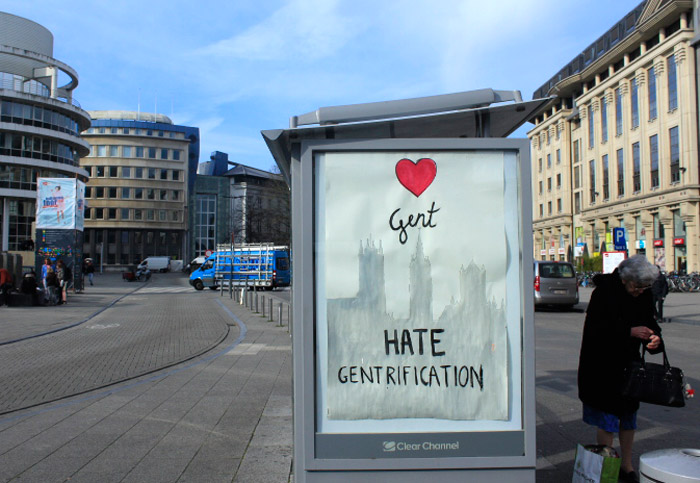 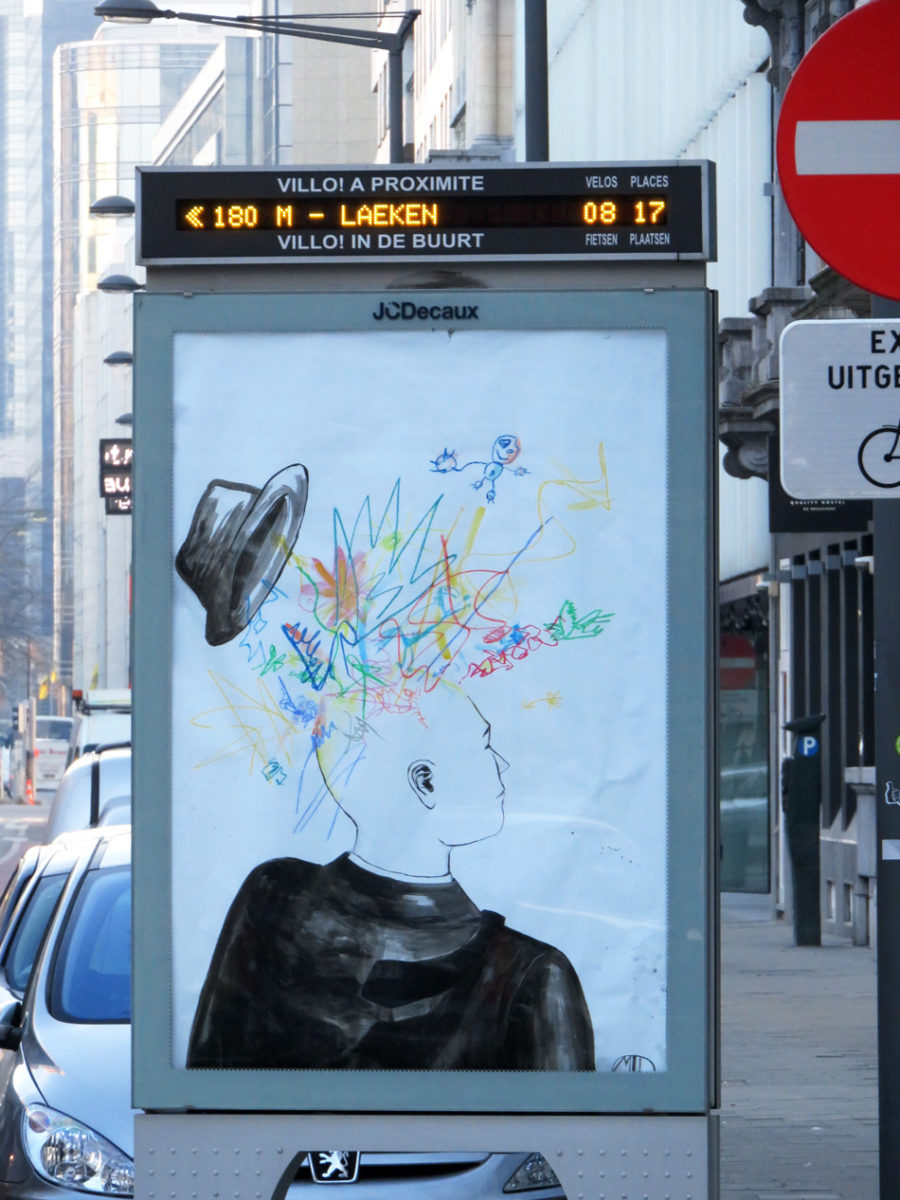 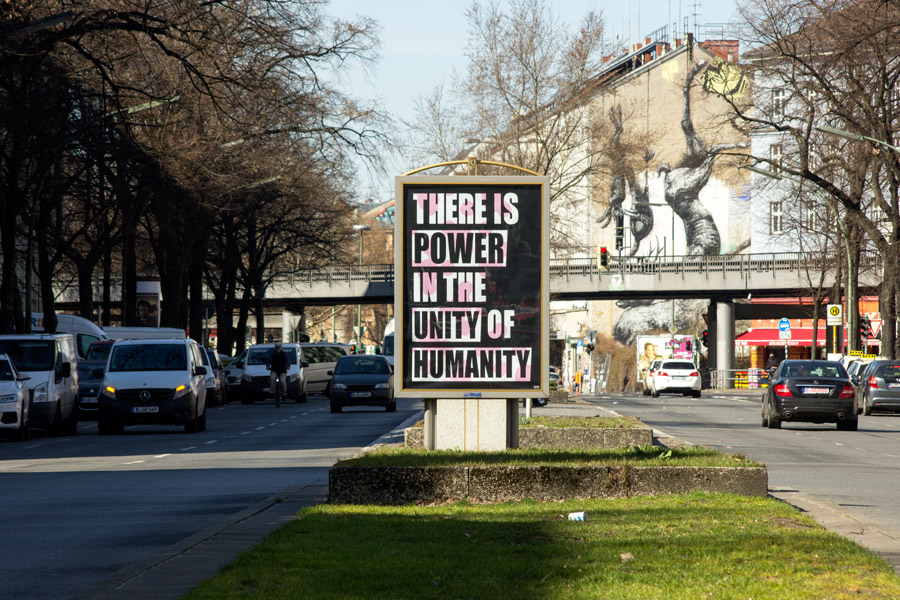 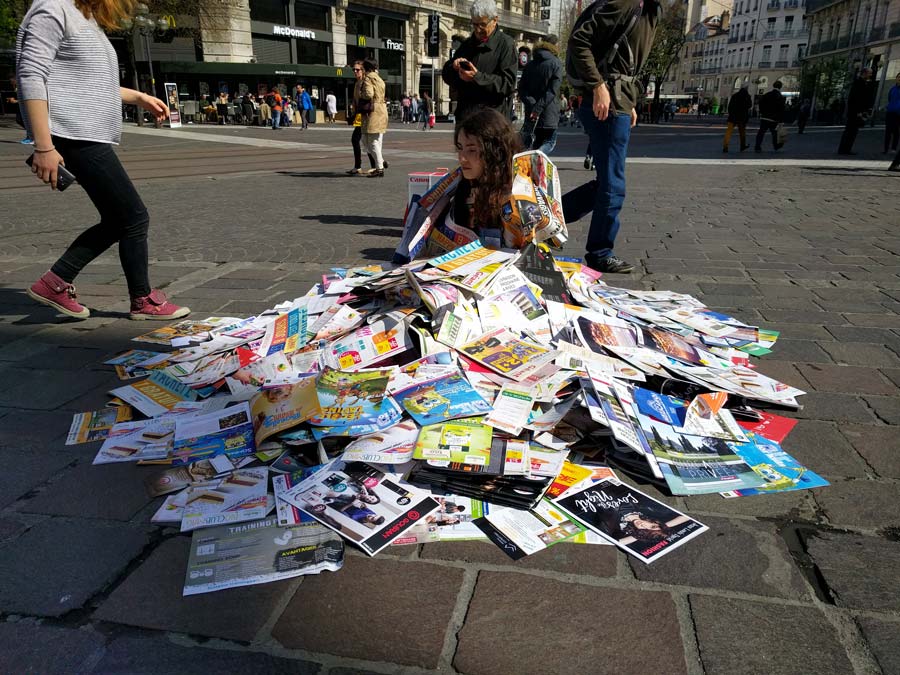 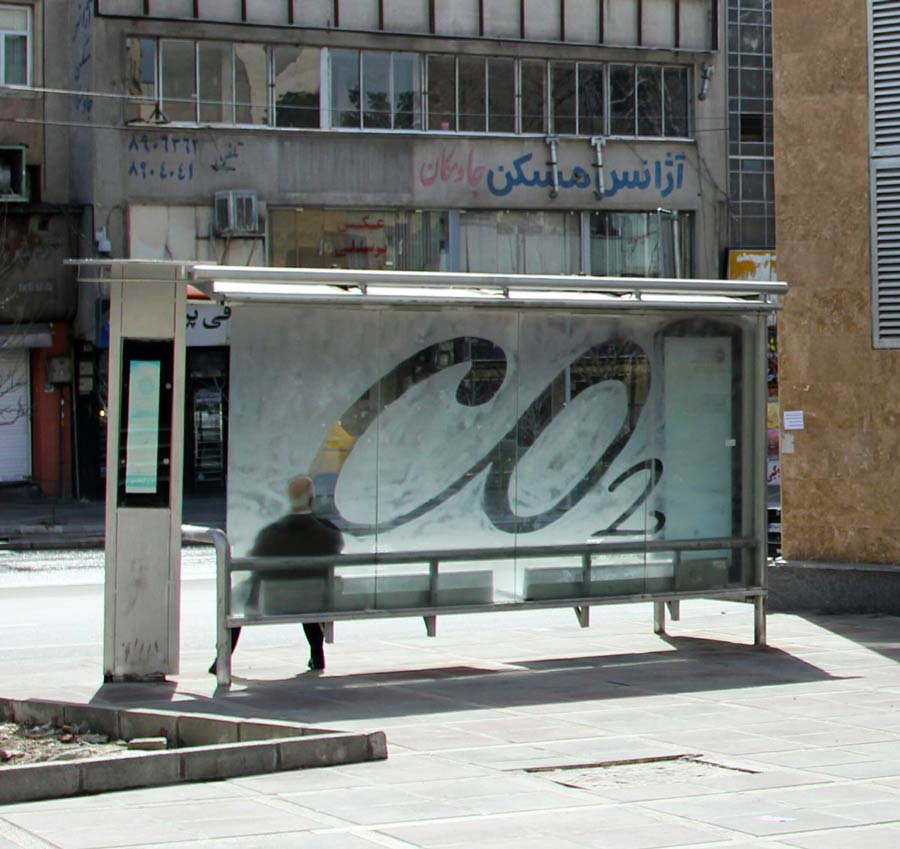 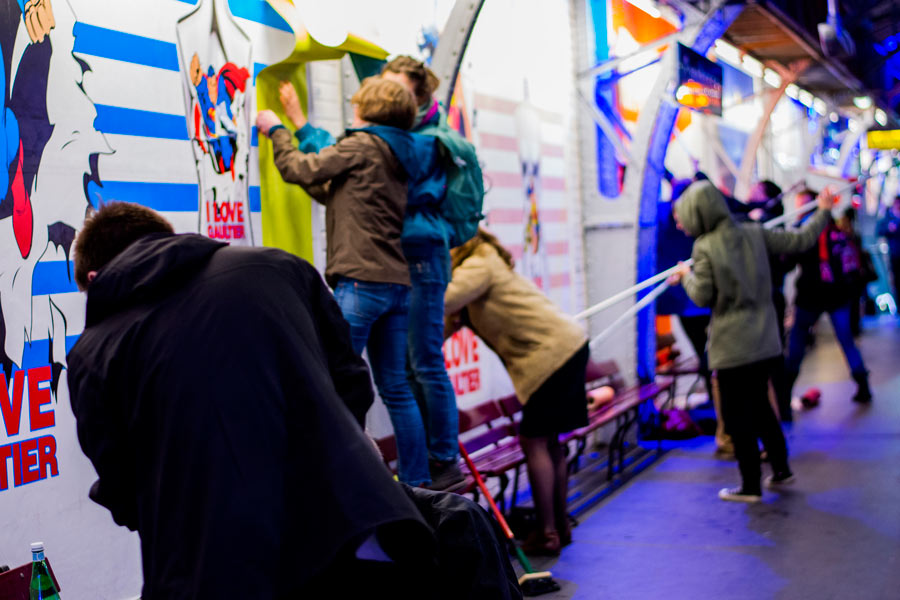 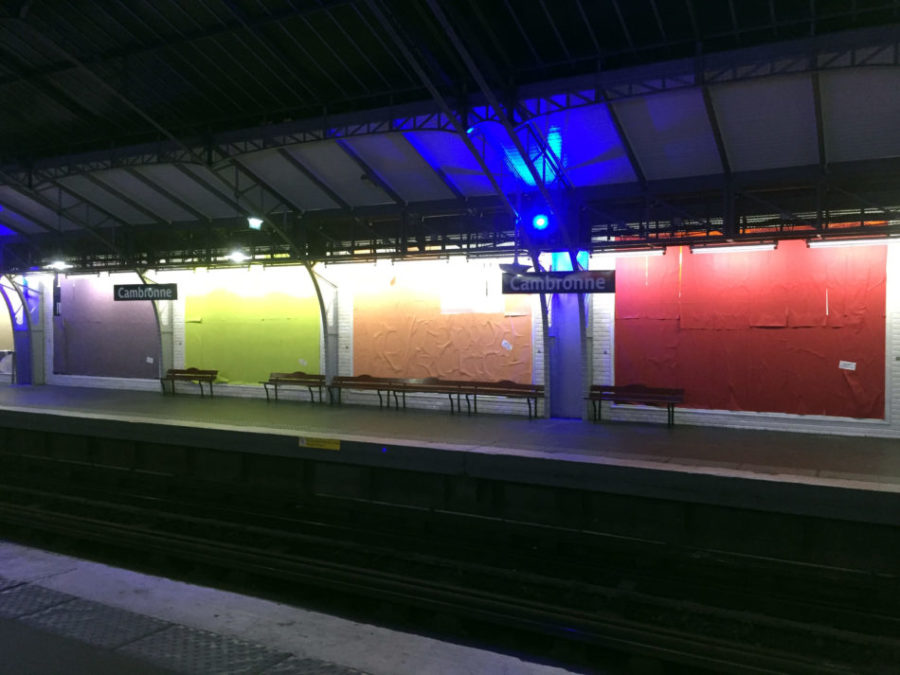 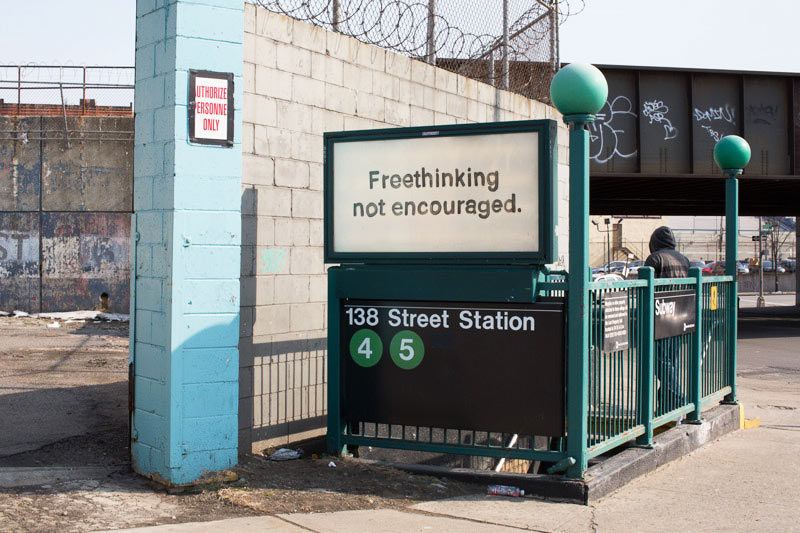 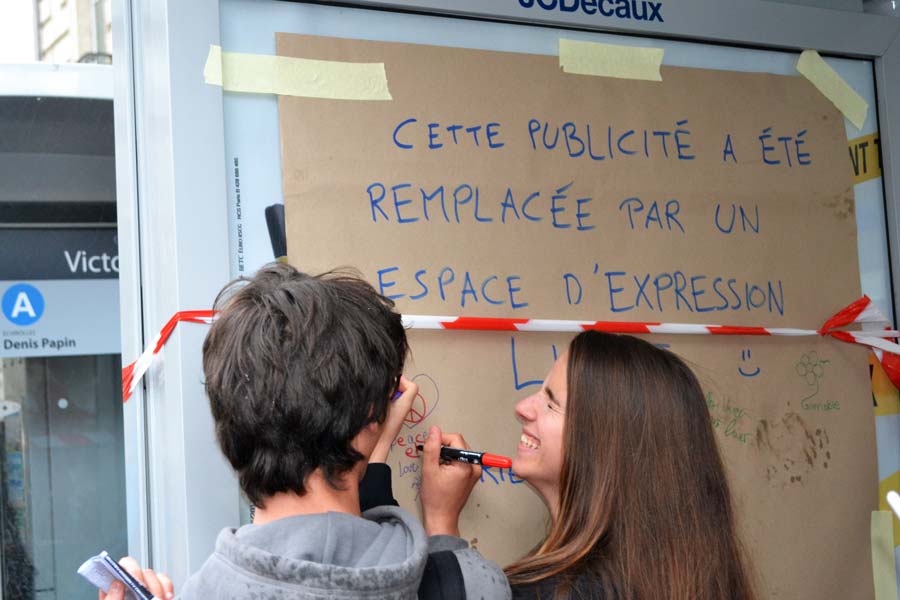 Image: Members of the public express themselves in Paris 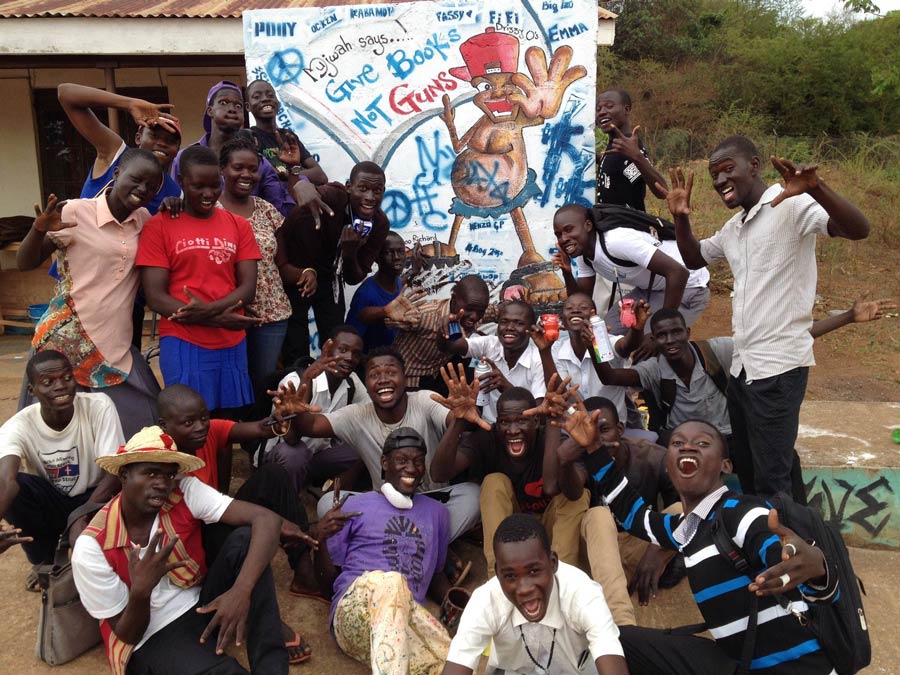 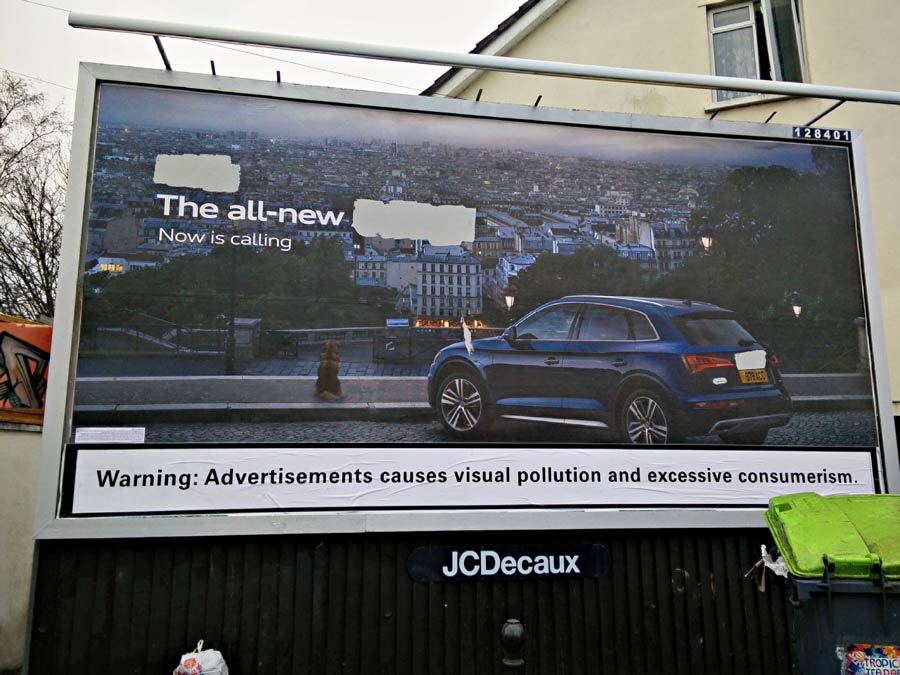 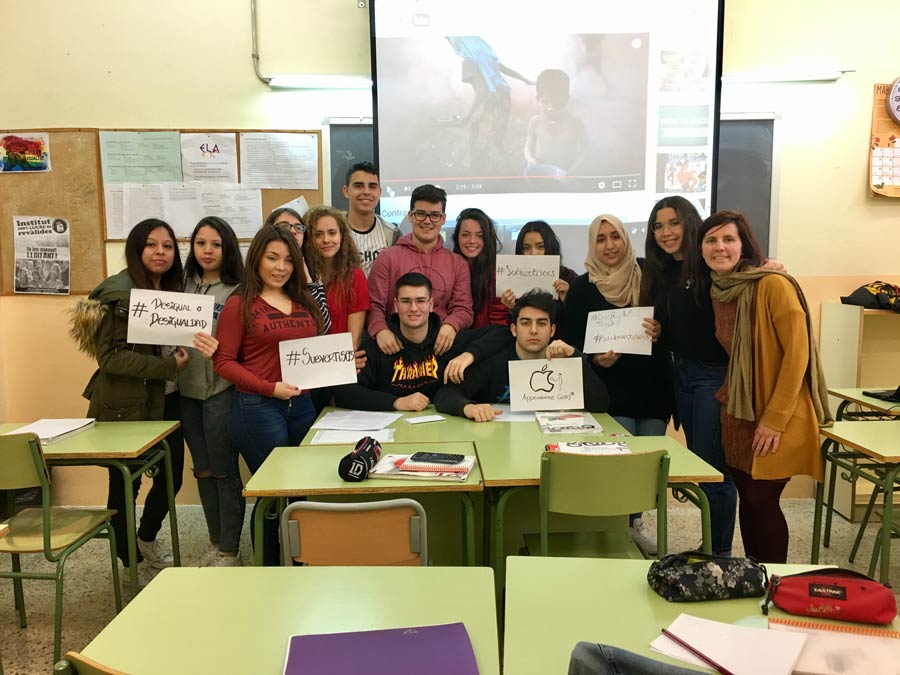 Image: A range of workshops and presentations held in support of #SubvertTheCity 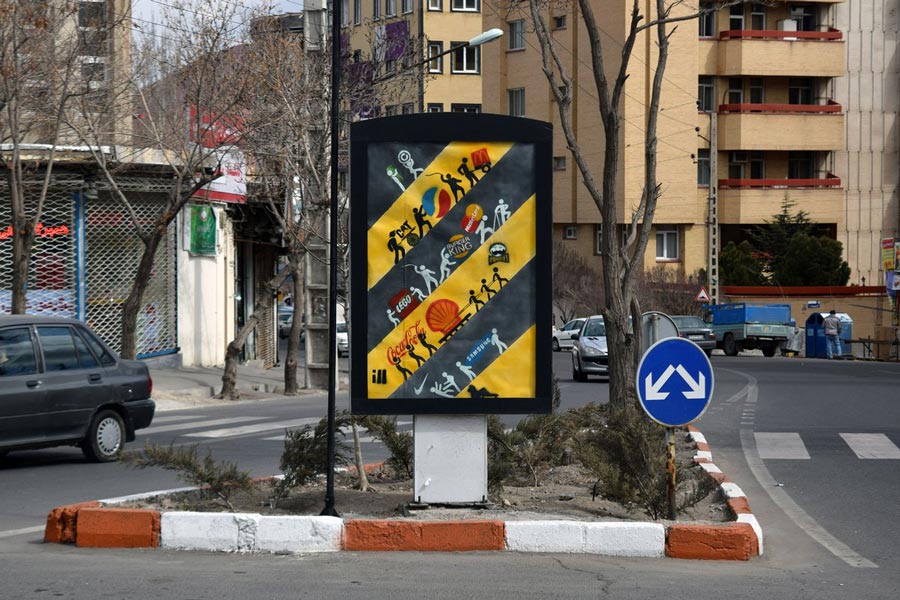 A Move Towards Alternative Urbanisms – Placemaking in the 21st Century

From Iran to Australia, Norway to Argentina and from Europe to America, artists intervened in public space to imagine a better city, imagine a more democratic public space, and dream of a more equitable society. In essence attempting to reclaim their right to the city. At present we are all stepping further into the age of the Anthropocene or Capitalocene – whichever theory best suits your perspective. But one thing is clear, we are witnessing our global, economic and political systems ignoring the thresholds of social and environmental tollerances as the market driven forces of late capitalism usher in new technologically driven forms of human culture previously unknown to our species. Our shared urban environments dwarf those of the ancient empires – at most the Roman empire supported a population of 56 million people spread across 4 million square kilometres. Shang Hai alone now has a population exceeding 24 million on a tiny fraction of the land occupied by the Roman empire. Our species is a globally connected and intertwined network of cities and people, learning to adapt and find space to exist in increasingly densely populated, urban metropolises.

“Place” is an environment in which people have invested meaning over time. A place has its own history — a unique cultural and social identity that is defined by how it is used and the people who use it. Placemaking, then, is the community-driven process by which a physical environment is made meaningful. So the question now must be how can we create urban environments that actually meet human and biospeheric needs, not just the needs of the market and constant economic growth? Places where people have opportunities to take ownership and authorship in the look, feel and management of their community. How then do we find the space and the opportunities to create a shared sense of place within urban environments that pervasively embed values, beliefs and stories centred around individualism? All within a hostile media environment that demonises our neighbours if they are of a different colour, class, ethnicity or background. 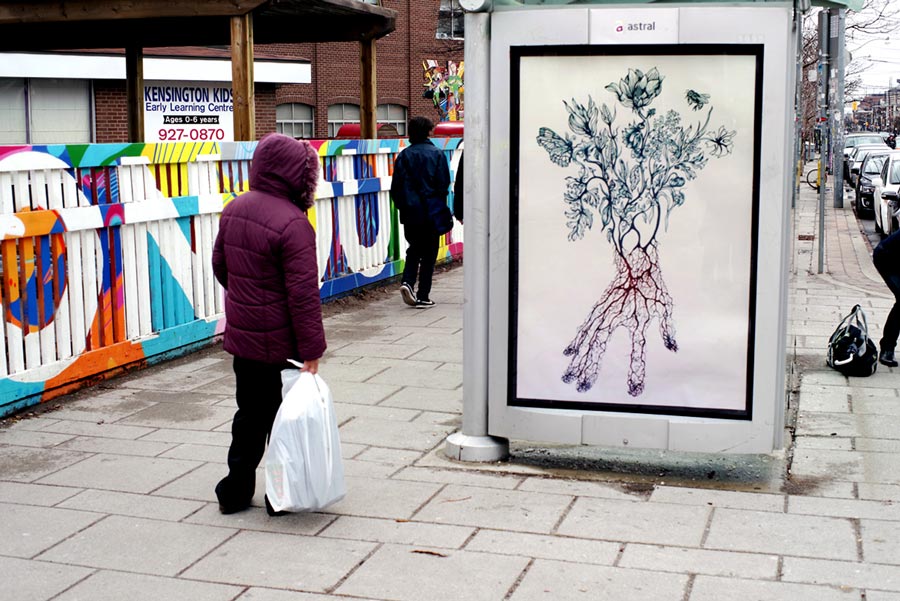 It is through creative acts of collaboration, solidarity and reciprocity that creates the spaces necessary to imagine, dream and prefigure what comes next, what must come next to replace capitalism and it’s unsustainable, victorian engine – consumerism. It is this fight for a different culture – visual, political, economic and social, that motivated the founding members of the SI to come together and make visible the simple fact that our struggle is your struggle. To create space in the cracks of capitalism to share our stories, our evidence-led practices, tools and tactics to critically engage with and dismantle the normalisation of values, attitudes and beliefs that advertising – and the logic of Neoliberaism, are responsible for. We seek to create pathways for community collaboration and self determination in relation to the logic of the market. For we are all creative producers of culture, we are not merely consumers. Whoever tells us we are merely consumers, we must question and challenge them. Fiercely.

More on the SI here.