Our team has been actively seeding press organisations and media outlets for the past week in order to prepare the ground for what we hope will be the first manifestation of  a ‘Media Sculpture’.

As the press interest in the Brandalism project picked up, and coverage started to be generated on a broad range of media and press platforms, the final intervention for the Brandalism project  project was installed in London and covertly filmed by Reuters thus creating our first Media Sculpture ready for broadcast and dissemination on international media platforms including the BBC News. The recording of our performance in public space and the subsequent publishing via Reuters of the film completed our first Media Sculpture. You can see the final moving image artwork below.

As far as we are aware, this is the first manifestion of a Media Sculpture that has been created. Its final form revealed at the exact moment that the press coverage was published online to public audiences. A collaboration between our artists, journalists and the industrial news media complex. What is important to note here is that Media Sculptures are not defined by the final creative output – in this case a video piece; they are in fact defined by the process that underpins the entire artwork. Elements can include a similation of corporate communications strategies; appropriation of press and media norms and systems (a press release now becomes a physical sculpture); subverting market led norms and signifiers to achieve the desired form(s) of the Media Sculpture.

We will follow up our arts action with more theoretical reflections to try to define and further develop our approach to the art form of Media Sculpture in due course. 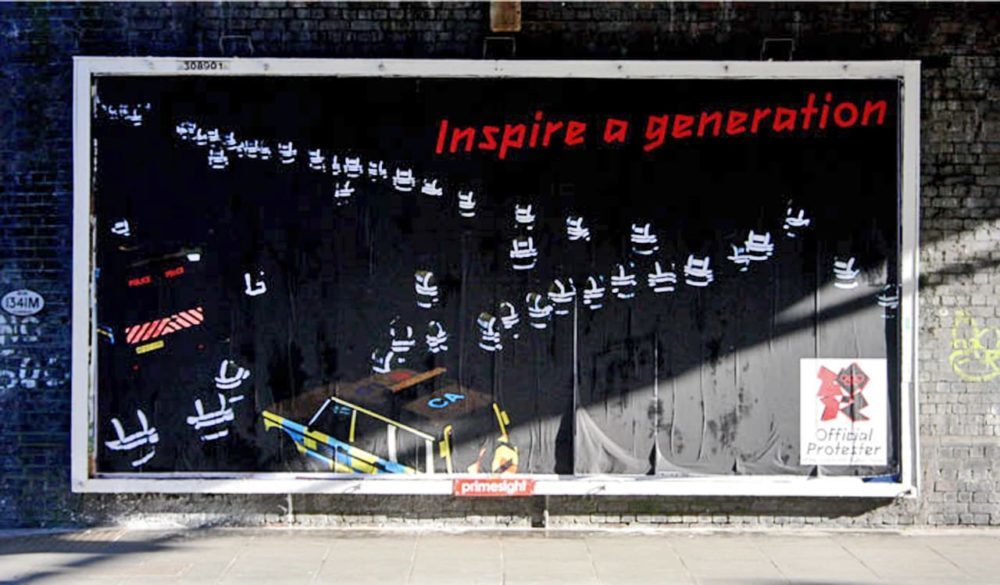