Blog > HACK: How to Turn A Light Bulb Into A Paint Bomb – Tutorial

HACK: How to Turn A Light Bulb Into A Paint Bomb – Tutorial 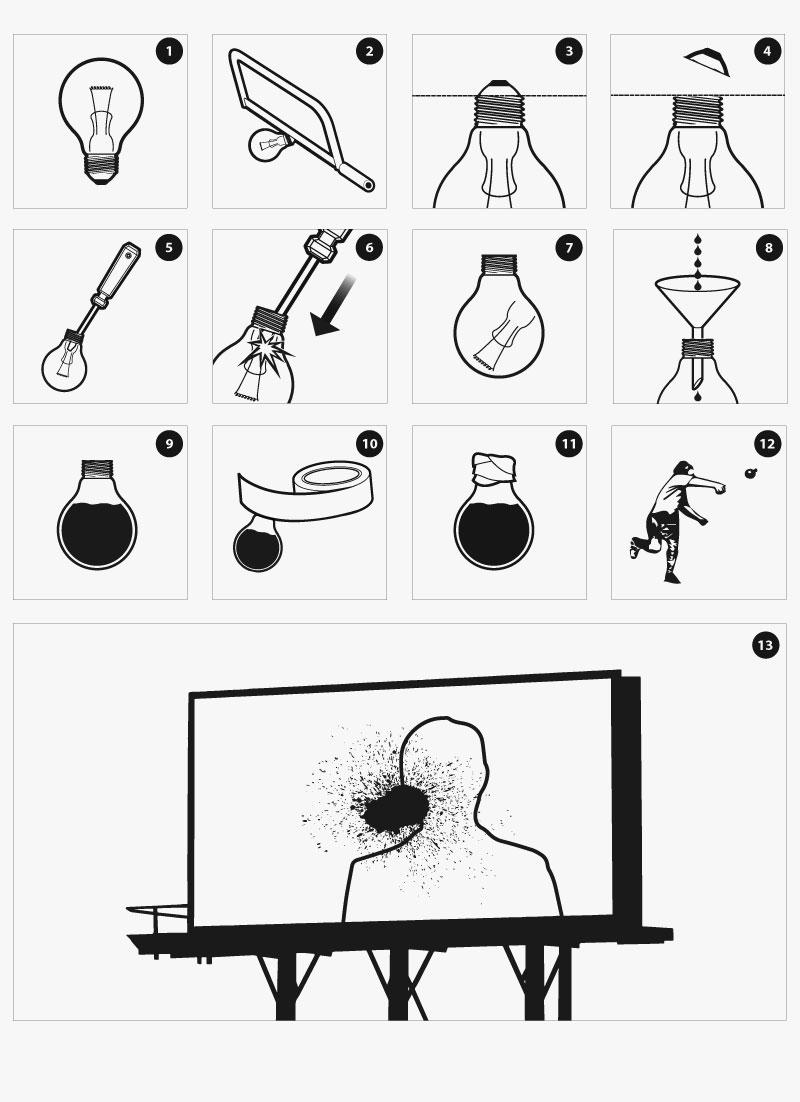 How To Turn A Lightbulb Into A Paint Bomb

Epos257 is one of the Czech Republic’s most loved urban interventionists. During the Czech national elections Epos and graffiti writers from across Prague joined forces to create Posse 228 – a guerilla art group that went on to wage war (literally) against the political propoganda that smothered the city on billboards prior to the election. The video below outlines their demands, before they infiltrate the city and ‘shoot’ the visual representations of the election candidates with a mixture of DIY paint grenade cannons, paint extinguishers and and light bulb bombs. Heavy. As part of this same campaign, Epos257 designed and released the ‘How To’ for creating lightbulb paint bombs. Have fun making your own (paint filled eggs also work well we’ve been told) and taking aim at the corporate propoganda in the streets of your neighbourhood.