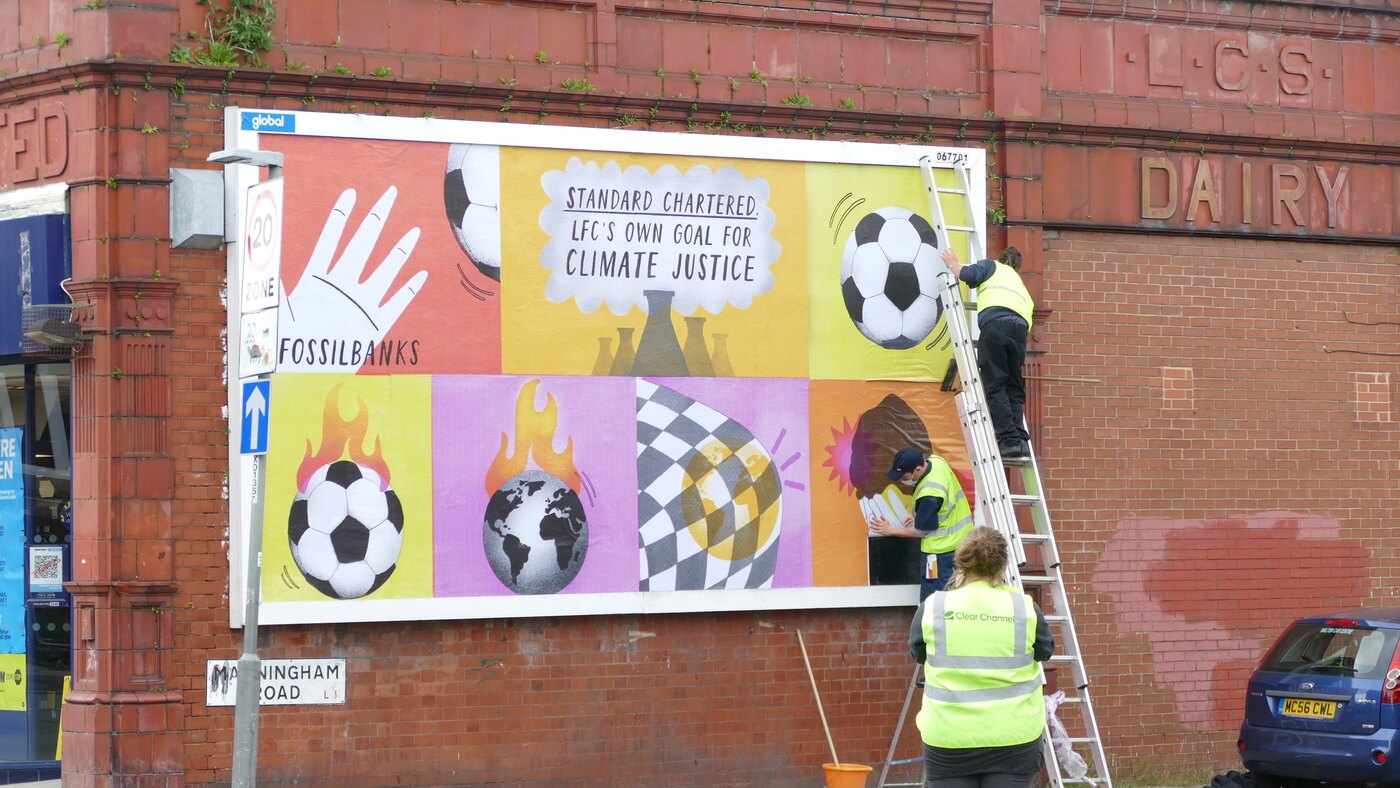 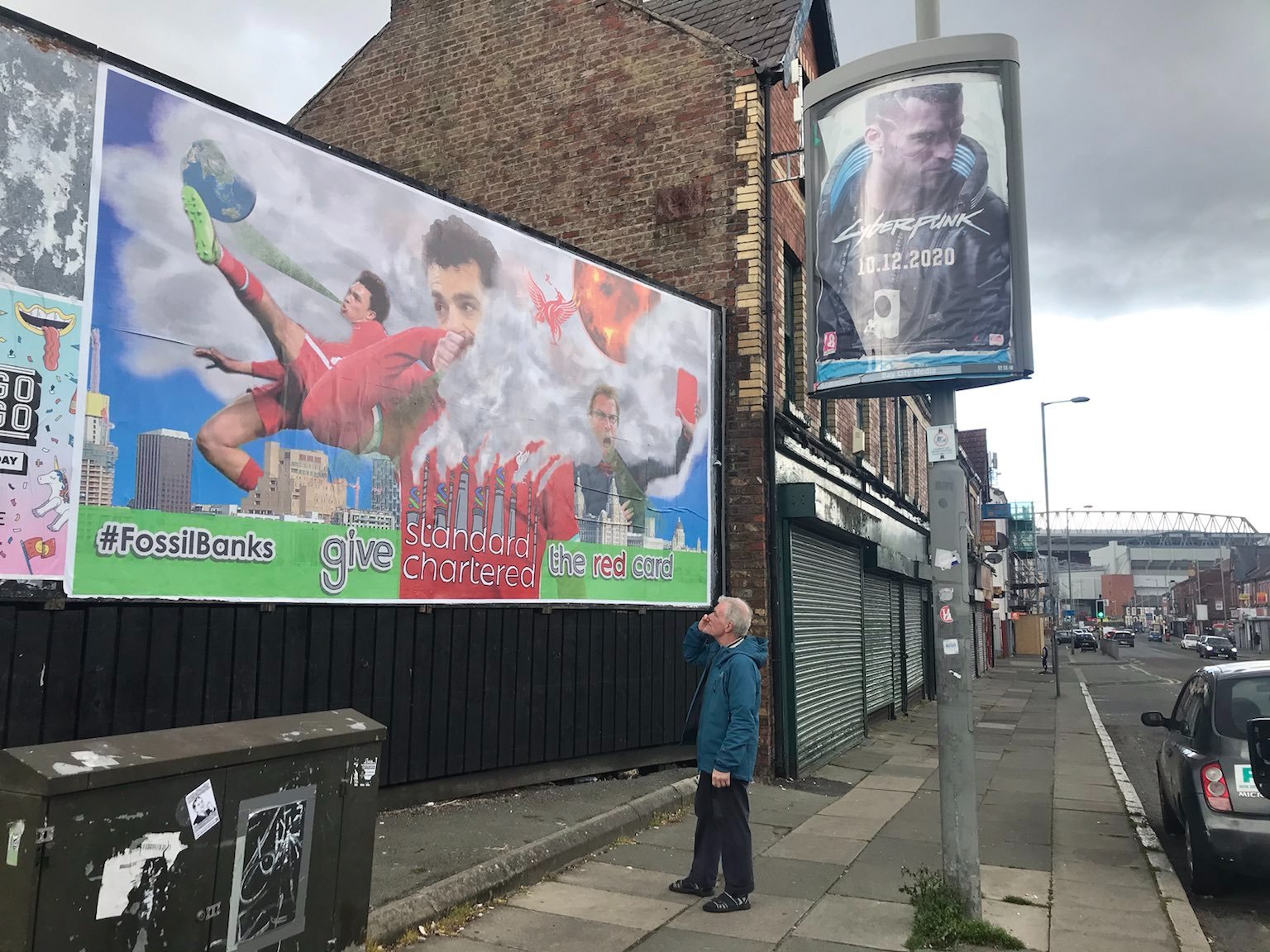 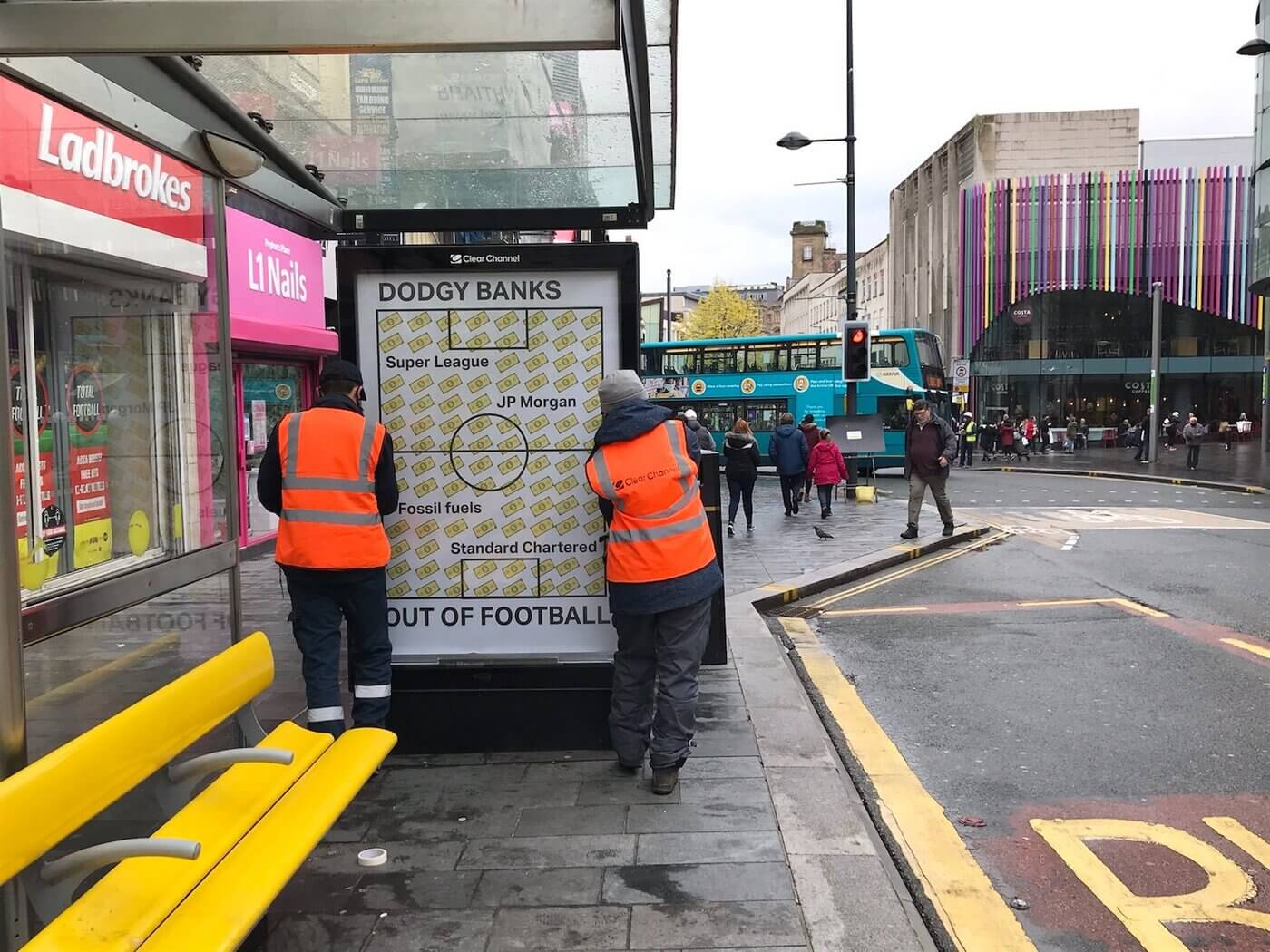 Liverpool saw its billboards and bus stops ‘hacked’ by activists over the weekend, in a campaign to expose Liverpool sponsor Standard Chartered for its fossil fuel links.

Standard Chartered is a UK bank that’s little known in its home country. Most of its customers are in South-East Asia, where it operates large numbers of retail banks. This is a big reason behind the club’s sponsorship of Liverpool FC, worth £30m a year, allowing them to appeal to the club’s significant global fanbase in the region.

“Football is a working class game that is being exploited by big business. Standard Chartered are using Liverpool Football Club to export their brand to a global market so people trust them, making it easier for them to invest in dangerous fossil fuel projects.

The coal projects that Standard Chartered finance in Indonesia, for example, have displaced hundreds of people through flooding caused by deforestation and another coal plant is expected to cause 7,000 premature deaths from air pollution. Investing in fossil fuels whilst claiming to be ‘green’ and using LFC to do this just isn’t on. I made this art so people in my city can be more aware of what Standard Chartered are about and to tell them stop investing in fossil fuels or get out of our city.” 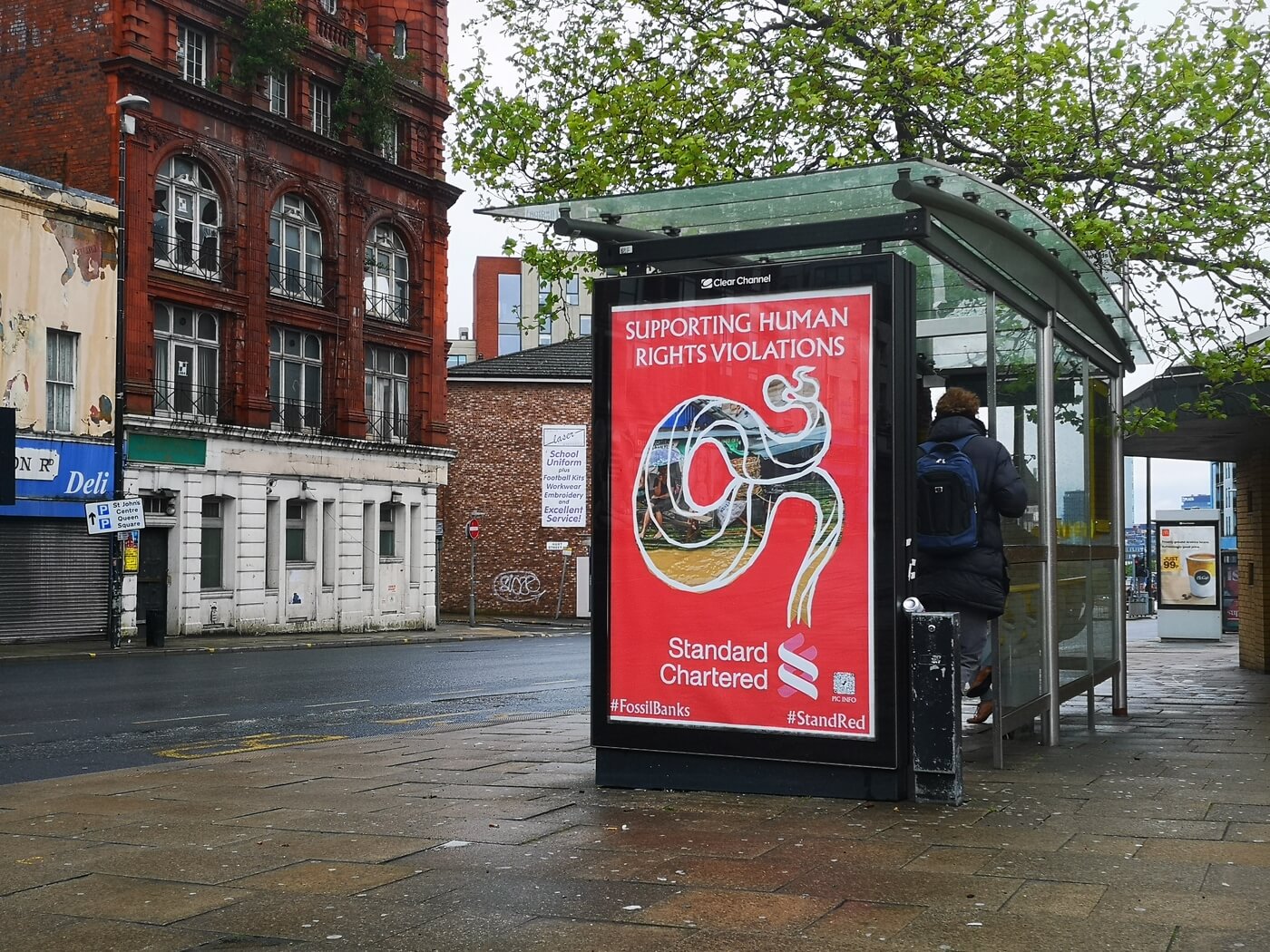 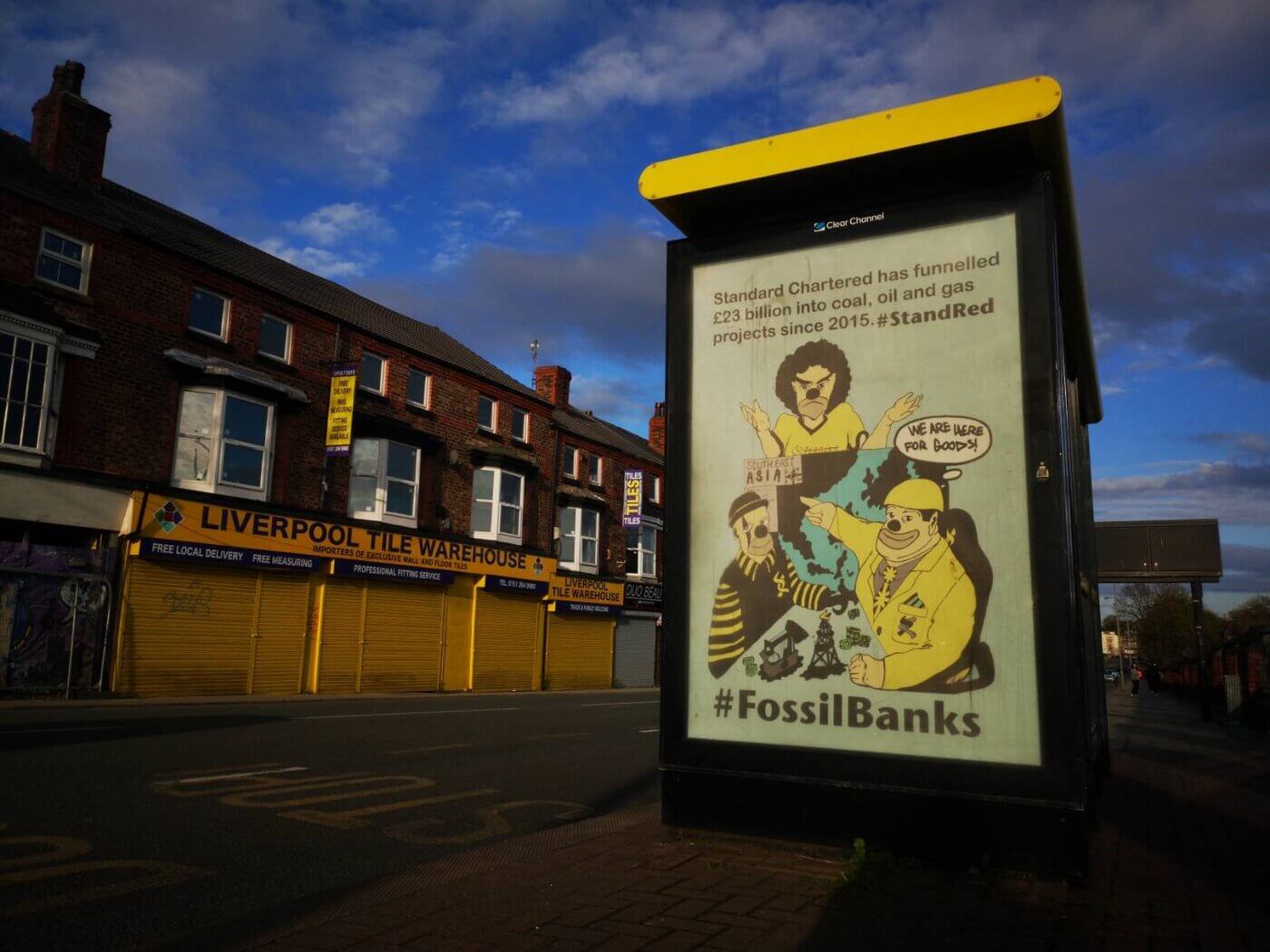 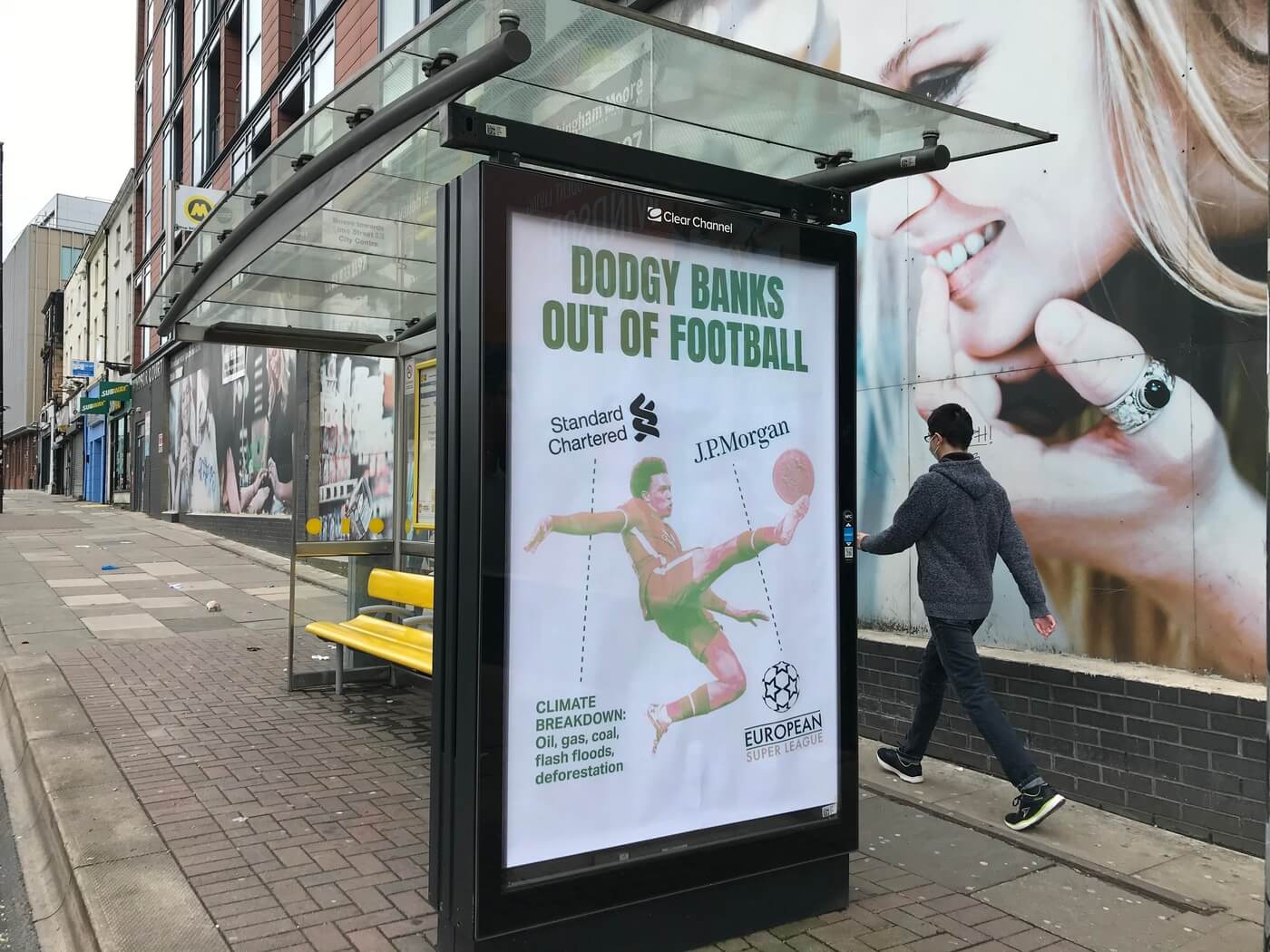 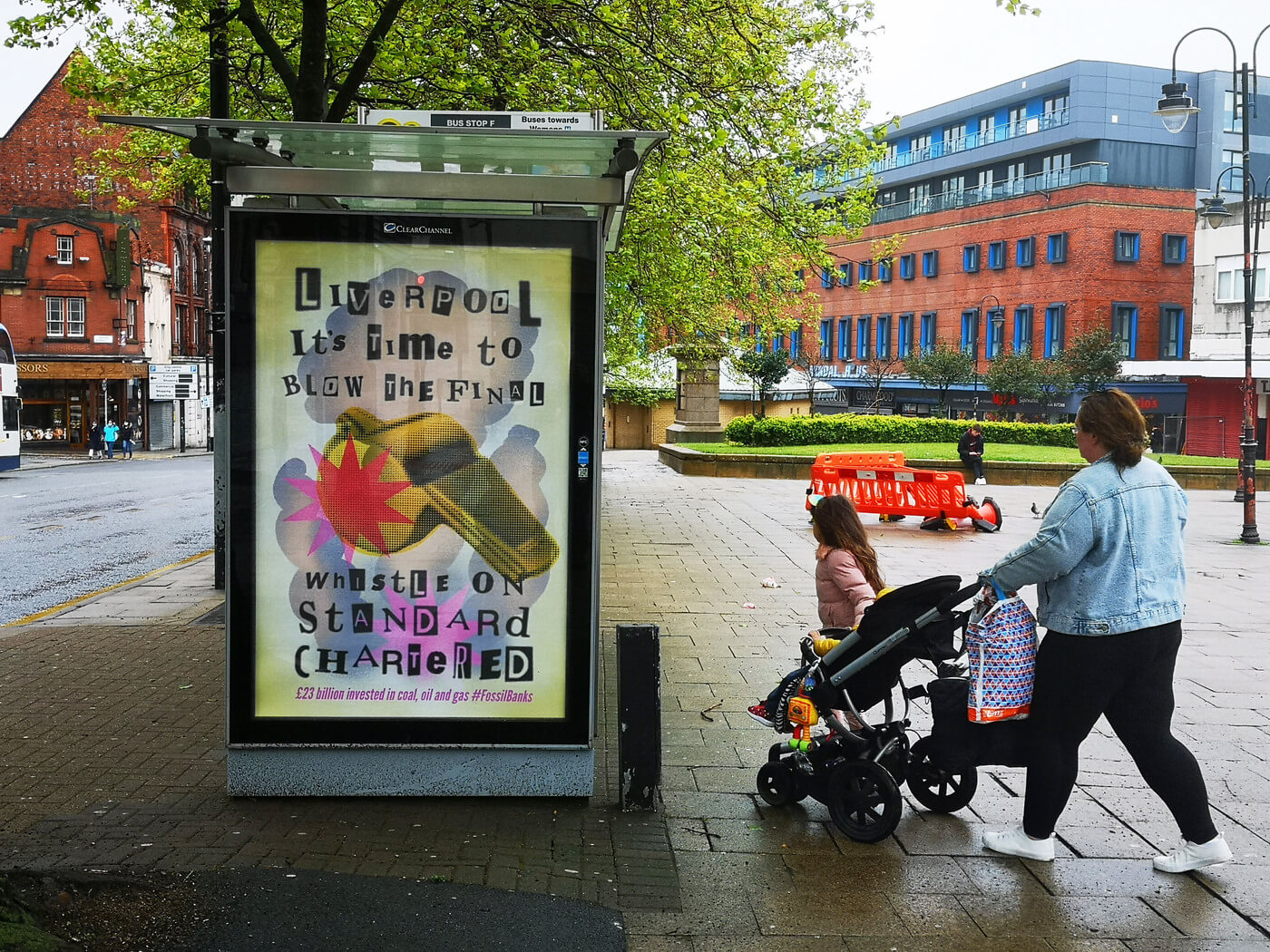